Warren Moon goes into the HOF

Vick is 1st Half MVP

Rookie of the Year is V.Y

Third and a Mile Documentary 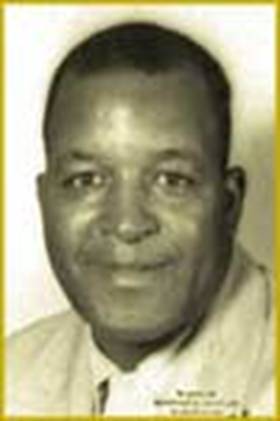 BQB-Site.com would like to congratulate the late Joe "Tarzan" Kendall (Above), Tracy Ham, and Charlie Ward for being inducted into the College Football Hall of Fame.

To me it is an incredible honor for all three men, but I am extremely happy to see legendary quarterback the late Joe “Tarzan” Kendall receive the recognition he greatly deserves.  Kendall probably is the most unsung pioneer of HBCU football.  When I talk with older African American coaches and fans they always point to Joe Kendall as one of the greatest passers ever.  He was known as the HBCU’s version of Slingin’ Sammy Baugh, because he could throw the ball with the precision of a surgeon at a time when running the ball was the focal point of the game. Nicknamed “Tarzan” for his athletic prowess and he dominated black college football in the 1930s.

He led Kentucky State to a national black college championship in 1934 and led the KYSU Thorobreds to a 1935 Orange Blossom Classic victory over Florida A&M.  He had an impressive 29-7-3 overall record during his years at KYSU and he was a three-time First Team All-America selection from 1934-36 by the Pittsburgh Courier.  Kendall is the first person from Kentucky State University to be inducted into the College Football Hall of Fame. He was also inducted into the Kentucky State Athletics Hall of Fame in 1975. Following his playing days, Kendall served as a coach, teacher and school principal and he was rewarded for his contributions as a recreational director in Owensboro, Ky by having a park named in his honor.  He passed away on Thanksgiving Day 1965 from injuries related to a broken leg suffered in a car accident.

The trio will now join past African American quarterbacks in the College Football Hall of Fame:

Read Editor Lloyd Vance's Article on The Complete History of African American Quarterbacks in the NFL at Black Athlete.com

Hear Editor Lloyd Vance giving you the NFL "Inside" scoop on the BIG Mo Show, Mondays and Fridays @ 7:15PM on the TalkStar Radio Network